Posted on November 14, 2016 | Comments Off on Safety Pins, Obama, and Immigration Realities 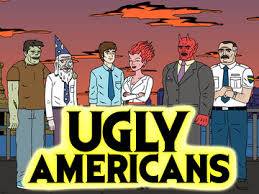 In this day and age of Trump, it seems there are a whole bunch of groups in need of allies. Fortunately for some of the other groups, they found an ally in President Obama. When it came to immigration, though, not so much.

2.5 million deportations later, and more action happening against unaccompanied children and families escaping violence from Central America, it seems the Obama administration goes merrily along with its removal policies. If anything, they also go along with Latin American policies which have destabilized governments to the south for decades and have been the reason for much of the migration to the US.

Of course, during the last eight years, our safety pin allies have been all for these policies, since I didn’t see any safety pins during President Obama’s two terms. Sure, there was the usual support for immigration reform with no definition of it. There was support for measures such as executive orders on DACA and DAPA, but it seemed it was only as things got closer to the political season, and only after immigration reform activists (DREAMers) forced President Obama’s hand after he stated he couldn’t do executive orders “legally.” Even so, criticism of President Obama was met with anger from liberals. Even on this issue, it appeared he could do no wrong.

And before an apologist lies and says “millions” got DACAmented, the reality is that it’s only 728,000. Not much of a fair trade between (flimsy and temporary) papers and deportations, right? That’s if you think political human trading is fair.

Yes, it was a roller coaster coaster ride during these two terms. Lost opportunities and priorities between 2009 and 2010 after the President’s “term one, year one” promise. A DREAM Act that went down in flames because of 5 Democrats voting Nay. As a hand-out to Republicans, President Obama offered 2.5 million souls to deport as a means of looking tough on the issue. Private prisons made billions. And anti-immigrant and anti-Latino sentiment remained on a slow boil. Obviously, it didn’t work. Playing politics with human beings just doesn’t work out and it only emboldens the other side. And, the other side won.

Even still, we’re finding that Latino political participation probably increased in 2016. Surely, there were a lot more new voters because of increased voter registration efforts. And despite one exit poll that stated differently, Latinos supported the Democratic candidate with 80% of the vote. Desperation? Going along to survive? For sure, defending against something worse (Trump and his ilk). No doubt, some of us were flying blind trying to stop Trump.

And, now, we’ve got Trump. Needless to say, I’ve seen lots of friends and acquaintances and others who were apologists for President Obama now worried about the immigrants. And that’s fine. We need to worry. But we also need to act. We’ve needed to act for a long time, now.

All the immigration double-talk from Trump since election day, I’m sure, is confusing. We’ve gone from a “yuge” wall to a wall in certain places (Clinton actually voted for this type of “wall” plan as a Senator); we’ve gone from “mass deportation of 11 million” to deportation of 3 million “criminals”–and we still need to define “criminal,” because even the Obama administration has deported people with low-grade non-deportable crimes or no crimes at all because of 287g and Secure Communities. I’m sure it will confuse the best allies.

Will it get worse under Trump? Obviously, many think so given 100,000 already marching in Los Angeles and thousands more around the country. Liberals and other Democrats need to stop their wincing and let the protests happen. It’s the only way to gain momentum to take on what may come after January 20. Unlike President Obama, I’m pretty sure immigration is at the top of Trump’s agenda. And we need to support organizations who will take on this issue head-on–especially those combating legislation at the Capitol or in the courts, and especially in the media.

For all the allies out there, if I sound annoyed or frustrated with you, well, it’s because I am. Yet, I still appreciate you because we’ve united on so much, too. Politically, the Democratic Party and its elected officials will not be successful without full-throated support of the immigrant community, and by extention, the overall Latino community, which has been the biggest target. For decades, we’ve had the largest police force hunting us, and for decades, we’ve been the easiest political target for both political parties. It takes people to change this. So, if you’re really an ally, join the struggle. And stick with it, even if it might offend the establishment on our side of the aisle.

This entry was posted in 2016, Cultura, Sensible Immigration Reform, Uncategorized. Bookmark the permalink.