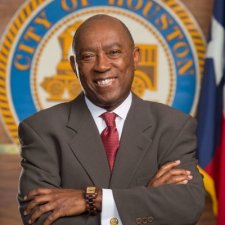 There’s been a soft grumble regarding what some activists call a lack of attention by Mayor Turner and the City of Houston’s commitment to keeping the city’s law enforcement out of the immigration enforcement business in this new era of Trump.

The recent hiring of HPD Chief Art Acevedo and the recent signing of a letter by many big city mayors, including Turner, asking soon-to-be President Trump to protect DACA beneficiaries from deportation, have provided somewhat of a signal of where the Mayor stands. During his stint in Austin, Chief Acevedo spoke out against the use of 287(g), an immigration enforcement tool for local law enforcement agencies.

While speaking out against 287(g) as a law enforcement leader brings a little comfort, the DACA letter only represents the protection of less than 800K young people nationwide from deportation. Of course, with 287(g) still in play, so is the opportunity for racial profiling and immigration round-ups. Activists want to see more from local governments given Trump’s standing on deportations.

Since election day, many city mayors have come out against 287(g) and the federalizing of local law enforcement, including some of Texas’ large cities. Specifically, they have stated they would not cooperate with the federal government on immigration enforcement. Locally, incoming Sheriff Ed Gonzalez has been vocal, as well.

Local government leaders around Texas are now facing the threat of losing state funding if they remain “sanctuary cities.” Greg Abbott has now threatened universities who have committed to providing a sanctuary from immigration enforcement. The threat against Latinos and immigrants in Texas because of Republicans’ threat of legalized racial profiling and funding cuts is very real. The fear, also, is very real.

According to the Mayor’s public schedule, he will be announcing a community effort to reinforce Houston as a “Welcoming City.” Texas Organizing Project is promoting the Monday morning, December 12, event on Facebook to be held at 9AM at NCI Baker-Ripley Chase Opportunity Center, 6500 Rookin, 77074.

This entry was posted in 2016, City of Houston, Cultura, Sensible Immigration Reform, Uncategorized. Bookmark the permalink.