Lupe in the News [TXGOV) 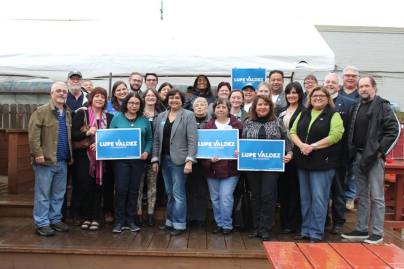 I’ve been impressed with coverage of Dem for Texas Gov, Lupe Valdez after her historic and solid victory in May. Here are links to some of the stories that caught a national audience:

I’m glad to see stories about Lupe and for what she stands. These are the kinds of stories that Democrats should be sharing now through November.

All the other BS of possible impeachments, possible indictments, possible pardons, and other White House BS  does nothing to energize voters. Dems need to show off what they’re offering as an alternative to despots and racists. And I’m joining this effort.