Posted on May 1, 2019 | Comments Off on Leslie Contreras Schwartz Chosen as Houston’s Poet Laureate 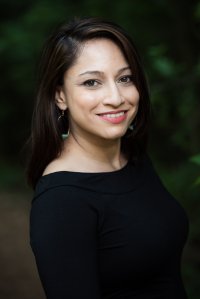 Her two-year term begins now, as National Poetry Month comes to an end. Schwartz was selected through a competitive application and interview process by a panel of literary experts.

Mayor Turner made the final selection. The poet laureate receives a $20,000 honorarium for the two-year term, funded by the City of Houston Hotel Occupancy Tax dedicated to the arts.

“The appointment speaks to the great work that this poet has done and will do as an ambassador of the City though poetry,” Mayor Turner said. “Houston will be well represented by Leslie through workshops and outreach work in non-traditional communities.”

The Poet Laureate program celebrates Houston’s rich culture and diversity through the work of a poet who creates excitement about the written and spoken word as well as outreach activities, special programs, teaching and their individual works. The role of the Poet Laureate is to stimulate poetic impulse, foster appreciation of poetry in all its forms, and serve Houston residents and visitors with expressions of culture through words.

“The Houston Public Library congratulates Leslie Contreras Schwartz on becoming Houston’s fourth Poet Laureate and joins the mayor in recognizing her invaluable talent. Contreras Schwartz will bring her passion and extensive knowledge of poetry and writing to Houston’s communities,” said Lawson. “We are excited about working with her on a diverse spectrum of literacy programs that will instill the love of poetry and writing for children, teens and adults alike around the city.”

“As a native Houstonian whose family has deep roots in the city since the early 1900s, I am deeply honored to be named an ambassador for poetry in the city I love and call home,” said Leslie Contreras Schwartz. “I have dedicated my adult life to studying, reading, and writing poetry, and am excited to share this passion. My outreach plan will focus on using writing to improve mental health, particularly among non-traditional and underserved communities.”

She is a poetry editor at Four Way Review and works as a lecturer at the University of Houston. She is a graduate of The Program for Writers at Warren Wilson College and earned a bachelor’s degree at Rice University.

Contreras Schwartz says her work examines the individual versus public bodies and documents experiences and narratives of those usually silenced, such as people with mental illness, sex workers, women who are trafficked, or children in custody.

Her work has recently appeared or is forthcoming in The Missouri Review, The Collagist, [PANK], Verse Daily, The Texas Review, Catapult, and Tinderbox Poetry Journal, among others. Her new collection of poems, Nightbloom & Cenote (St. Julian Press, May 2018), was a semi-finalist for the 2017 Tupelo Press Dorset Prize, judged by Ilya Kaminsky. In 2018, she was a featured poet for the Houston Poetry Fest. Her fiction will be included in Houston Noir, edited by Gwendolyn Zepeda (Akashic Press, May 2019).

Before ‘‘passing the pen’’ to Contreras Schwartz, the outgoing laureate, Deborah “D.E.E.P.” Mouton, is launching her community outreach project, a multi-video series of performance poetry celebrating neighborhoods of the City. These videos can be found on the Mayor’s Office of Cultural Affairs Facebook & YouTube Pages and will be throughout the coming weeks. The first can be found: https://youtu.be/B-o76Pxz1gs

About the Houston Public Library
The Houston Public Library (HPL) operates 35 neighborhood libraries, four HPL Express Libraries, a Central Library, the Houston Metropolitan Research Center, the Clayton Library Center for Genealogical Research, The African American Library at the Gregory School, and the Parent Resource Library located in the Children’s Museum of Houston. With more than eight million visits per year in person and online, HPL is committed to excellent customer service and equitable access to information and programs by providing library customers with free use of a diverse collection of printed materials and electronic resources, Internet, laptop and computer use, and a variety of database and reference resources with live assistance online 24/7.