Getting Ahead of the Blame

Posted on November 2, 2018 | Comments Off on Getting Ahead of the Blame 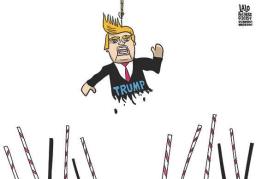 Today, 11/2/18, is the last day of Early Voting in Texas, and, thus far, over 755,000 have voted in-person and by mail in Harris County. Voting is 7am to 7pm at any early voting location in Harris County.

There have been quite a few articles and even more comments from folks who have laid this election on Latinos. Well, according to Hector de Leon, the numbers guru at the local elections office, the number of Spanish-surnamed voters is up 253% compared to 2014 midterm levels. Or, almost as many as voted in 2016, with one day of early voting left to go. And then there’s still Tuesday. He added that while 27% of Latinos are of Citizen Voting Age Population, and 22% of the voter rolls are Spanish-surnamed, thus far, 17% of those who voted are Spanish surnamed. So, there is that. Patterns of increased participation are being seen throughout South Texas, too.

Which way they’re clicking, is somewhat up in the air, although one can make educated guesses based on geography, voting patterns, etc. One thing is for sure, among those who have already voted, many are first time voters or those who just don’t vote as often. So, it’s true, people think this is a very important election. Whatever the outcome, the uptick in democracy–even with all types of problems and voter suppression–is a good thing.

And, most of all, Latinos cannot be blamed for not showing up. But Im’ sure we will be. Did the candidates fight hard enough for the Latino vote? Well, that’s to be seen, especially down-ballot candidates beyond Beto and el Mentiroso Ted. I’d like to think that there will be a 65-35 split in favor of Beto. There may be another 5% for el Mentiroso if people voted based on surname or bought into the “fake Mexican” Beto narrative. Needless to say, it’s all about GOTV if one wants to overcome the idiocy.

The ad game could have been much better, too, for Democrats. Republicans have been relentless with their MS-13 and caravan narrative. Trump is even threatening to shoot brown folks trying to gain asylum after escaping violence and poverty in their own countries–if any of them throw rocks. What’s next? mass graves in abandoned fracking fields on the border? (I’m serious! What do you think happens when people are killed en masse?) Although Beto had a great response on immigration, others on TV have basically played the willfull ignorance game, or can’t afford a response. Most Latinos cannot vote in CD7, but we sure as hell can see those racist Culberson ads (and the lack of a response to them.)

Whatever the result of the Latino vote, chances are White men still went with El Mentiroso, et al. Where are the white women at? Ay veremos. But if they still love Trump and hate brown/black people, or they’re willing to overlook abuse of brown people and the apologists who look away, I don’t expect much change in this demographic. (Yet, Latinos get blamed, right?)

Comments Off on Getting Ahead of the Blame