Posted on January 3, 2018 | Comments Off on Let’s Help Josh Baca of Los Texmaniacs 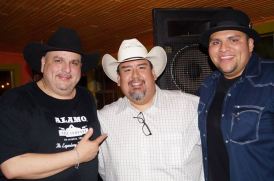 One of my favorite Tex-Mex bands is the Grammy-winning Los Texmaniacs, fronted by Max Baca and featuring his nephew Josh Baca on the accordion.

I try to catch their shows every time they come to Houston, and I’ve enjoyed reviewing their concerts and albums. They’re a bunch of great guys and accomplished musicians.

This past holiday, Josh Baca and his family lost everything when they suffered through a home fire. They escaped only with the clothes on their backs–and we all know it’s been pretty cold.

A GoFundMe was created to help the family get back to basics as they get back on their feet. Many in the Tex-Mex music community have done their part. No doubt, Josh will work even harder to get back to where they were. Let’s all do our part and help a great musician and purveyor of our cultura.

Comments Off on Let’s Help Josh Baca of Los Texmaniacs

Get back to your roots, gente!

And with Carta Jugada, Los Cenzontles have given us a good way to do that.

Joining up with Los Texmaniacs and Flaco Jimenez, Los Cenzontles (a nahuatl word for mockingbird) have given us an amazing album of standards backed up by some amazing accordion, bajo sexto, guitar, tough bass lines and drums. Simple and to the point.

But it’s the voices of Fabiola Trujillo and Lucina Rodriguez that power this album from start to finish. Starting with the old vals Que Sacrificio and bolero Libro Abierto, backed up by Flaco Jimenez, one gets a good feeling about where this album is going. Throw in another Flaco backed ranchera in the classic Hermosimo Lucero and the title track vals and one knows this is a special album.

While Flaco Jimenez is the foremost ambassador of the accordion, one cannot but place Texmaniac Josh Baca close to the top of that list of premier squeezebox players. And his abilities are evident in my favorite tune on the album, La Traicionera, along with the dexterous bajo playing of his Tio Max Baca.

If one is looking for a huapango, one will find it on this album. Lucina and Eugene Rodriguez provide the vocals on Los Juiles, which includes some amazing rhythms and bajo/guitar playing. The corrido, Nomas Las Mujeres Quedan, is a tune about dueling ranch dynasties and about the women who are left. Finally, the closing tune is another favorite sung by Fabiola and Lucina, the beautiful bolero Una Pagina Mas, about a woman ready to leave the past to move forward in love and life.

The album is up at the different online sites. Get your copy now from Amazon or their Online Store.

Los Cenzontles is a band, a nonprofit organization, a music academy, a community space for youth and families, and a hub for Latino artists – all working together to amplify our Mexican roots here in the Bay Area and beyond.

We produce original music, videos, and educational tools. We teach classes to hundreds of local youth in traditional Mexican music, dance, and arts and crafts. We host many popular community events throughout the year.

Locally, we are a second home for many families and we are a long-standing leader in the Mexican roots revival here in the United States.

Make a contribution to this organization today.

Posted on March 1, 2014 | Comments Off on DC Reviews ~ Flaco Jimenez and Max Baca – Legends and Legacies 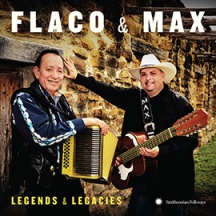 No doubt, there is a back story to this production as some of these are classic songs once recorded by Flaco’s dad, Santiago Jimenez, Sr. 70 years into his career, Flaco is among the legends of Tex-Mex, much like his father. For Baca, it is an opportunity to take his place as part of a legacy in the Tex-Mex genre having grown up as a part of Flaco’s musical family–even calling him a father figure in his life. And for listeners, we get the opportunity to enjoy some hard-core Tex-Mex conjunto music with some amazing button-acordeon from the legend and some of the most dexterous bajo sexto shredding from Baca.

When you add some drums to the mix, you get some powerful polkas rancheras, like Cada Vez Que Cae La Tarde, El Pesudo, Borradita Diente de Oro (The DC favorite), El Parrandero, the funny Brincando Cercas, and the even funnier La Viejita. La Nueva Zenaida and Ay Te Guacho Cucaracho will definitely be crowd favorites.

Cumbia lovers get the tried and true, La Mucura. The closer is another favorite, Fiesta Alegre.

And yes, in case you weren’t counting, that’s seventeen (17) tracks, which makes this production a lot more awesome than most. Seldom do we get this many classic tracks which are given the musical respect they deserve. Baca’s bajo sexto complements Flaco’s acordeon, and vice-versa. More than anything, it seems this duo is trying to school us on from where it is our music has come because it’s always good to come home to our roots. And to take from the liner notes”:

A common goal of Flaco and Max is to gain respect for their musical legacy beyond their Texas Mexican community while making the point that the roots traditions of all people deserve that same respect. “There’s a space for all kinds of  music,” Flaco says, emphasizing that he respects other musics and the people who carry them on in the space where “les nace” (they are born). He is pleased that his efforts have led people of other cultures to play his music: “There are Japanese, Italian conjuntos. In Paris, too. They play well because they emulate the roots that we have here in San Antonio.”

Rounding out the studio line-up are Flaco’s son, David on the drums, and Texmaniac, Oscar Garcia on the bass.

NPR had a great report on the new production last week. Give it a listen. It’s good for those who need to be schooled on Tex-Mex conjunto music.

The new music is available at Itunes and directly from Smithsonian Folkways.