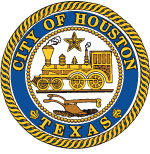 Big thanks to Erik Manning of the Sharpstown Dems for keeping a list of incumbents and candidates up-to-date as many of us start thinking about the local election to be held in November.

The Mayoral race will be cause for a lot of ad buys and excitement on the ground–most of the money will be in this race. The open seat in District B has a growing list of prospects. The open seat being vacated by term-limited Ellen Cohen in District C will also be cause for a lot of activity and money flying around. District F’s right-winger Steve Le will hopefully get a good challenge by at least one of the candidates in what is usually a low turnout race–I really need a new council member. District J, some call it the newest Latino council district (out of 3 only 1 is brown), has a chance to actually a elect a brown person, although, the voting population is diverse and any candidate will be required to play well with all of the communities.

There are a couple of at-large races that are getting exciting, too. I’ve made my choice in At-Large 1 hoping that Raj Salhotra can work past a couple of perennial candidates and anyone else who signs up to unseat Mike Knox. There are several candidates who will try to unseat Kubosh in At-Large 3, thus far. And it seems like the entire city is running for At-Large 5, which is finally being vacated by term-limited Jack Christie (he seems to have been there forever!). Surely, there will be more signing up for all of the races before the deadline. I have no favorites in the latter two races, though. I don’t care how much money one is raising, it is sincerity, ideas, and a little bit of retail politics which earns my support early. If  one is good, the money will come. So, I’ll be keeping an eye out.

This is just an early look and a reminder that we have a very important election in November. We need to do a lot better than low double-digit turnout. And we need to be smart about our choices–getting through the bullshit that will surely be well-financed by special interests and wealthy candidates. Although the activity of people signing up seems exciting, it’s the work of the candidates that will make it exciting (and for incumbents, their actions).

I’ll have more on the individual races in the future. For now, enjoy finding out more about the candidates! Click here to see the list of candidates.