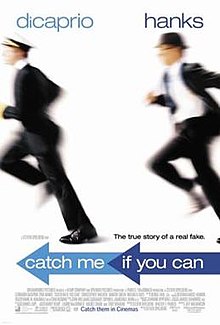 Full Disclosure:  I haven’t worked on a campaign in six years, but I still like to do my internet sleuthing when it comes to campaigns and candidates. No doubt, HD142 caught my eye because I knew there would be a concerted effort to oust incumbent State Rep. Harold Dutton. I was a little surprised to see the name Natasha Ruiz on the ballot back in late December. I’d never heard the name in local politics, and after finding no information on her, I figured it was just another inexperienced candidate with no idea what she was doing. If the candidate remains a ghost, then whomever created her knew exactly what they were doing.

Miya Shay of ABC13 has been on the story, finding all the Texas Ethics Commission paperwork, the filing documents at the local Democratic Party HQ, and checking on addresses and knocking on doors. She even found copies of the currency paid to HCDP ($750 CASH). And nothing. A previous story found that Natasha Demming (whom answered the call from the newsfolks based on the phone number on the docs) is a truck driver in Colorado who had no idea why she was on the ballot. My only question:  Candidates need to also file a financial disclosure form with the Texas Ethics Commission; was any filed? They are no longer posted online, but can be requested with an open records request. If that exists, wow! They’re really good at creating people from thin air in this age of ID requirements. (The notary at HCDP stated the person had an ID.) If not, then it really may be a ghost! Either way, they’re good! [Or as Kuff states, maybe Demming is lying.]

The weirdest part is that Ruiz garnered 20% of the vote! No campaign, no rallies, no direct mail, no robocalls, no signs. It was a 4-person race and the incumbent was forced into a run-off. No telling if the ghost was not on the ballot if there would still be one today. I’m thinking there would still be one. But, who knows? I’ve heard of “low-information voters” but “no information”?

Anyway, this is potentially embarrassing all around. If something happened, who did it? Was it the Russians, again? Was it those opposing the incumbent? Those supporting him? An inside job? Too many questions, for sure. And they’re being asked, or else I wouldn’t be writing them.

Of course, if everything is in order, then anyone can put themselves on the ballot and sit back and watch the dumpster fire that this can become.

This entry was posted in 2020, Democratic Stuff, Elections. Bookmark the permalink.